I took a bit of a nap, a local custom, then hit the road again for my afternoon stroll. 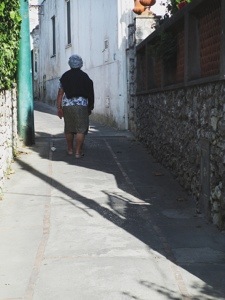 Look… it is the same lady I followed into town earlier. Only now she has added a new pattern to her ensemble. When I passed her this morning I said, Buongiorno, she replied, “giorno”. This evening I said, buonasera, “sera” was her reply. 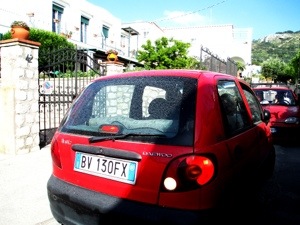 No these are not parked cars, this is a traffic jam. They both sat and stared for a moment, then one began to back up a bit. 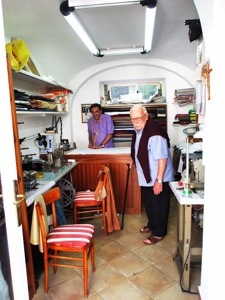 And now to find the gelato spot I had scoped out earlier. I napped in order to prepare for this! 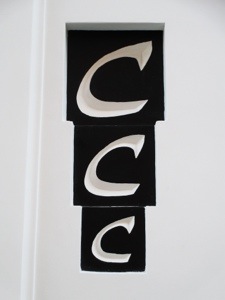 Aah…qui e.
I chose a bit of cafe and a bit of panna cotta. I got quick lick of both, confirmed my choices. And then…

Che e la vita!
Must be a sign that I need to walk more….so I grab an espresso instead and did just that. 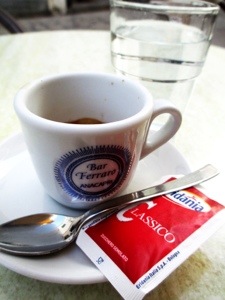 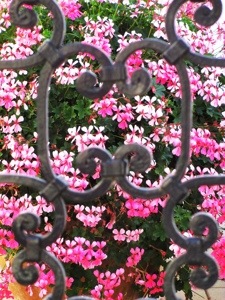 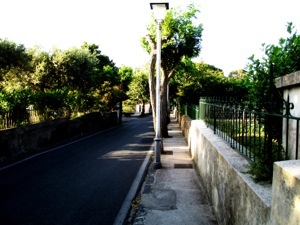 As the campane di Chiesa rang seven, the streets and piazzas filled with young and old. The beautiful wooden doors opened and men and women with canes emerged muttering “Buonasera”. I love watching the locals. The small children never tire of chasing the pigeons. One little one, about 2, popped collar on his polo, chased after one taunting, “donna uccello, donna uccello!”.
All ages seem to enjoy this time to come together. 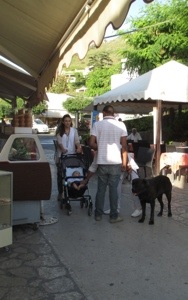 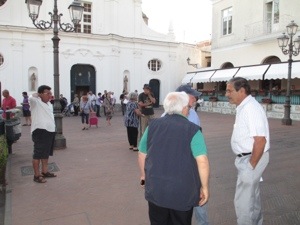 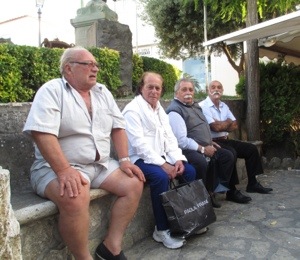 With plenty of sun still up, I ventured a bit beyond the centro citta and braved a bit of the road between Anacapri and Capri.
On our drive up Sunday, Franco had pointed out The Caesar Hotel. He told me he had worked there for 47 years. There seems to be 2 parts to it. One on the far side of the road and one on the ocean side. What a beautiful spot it is. 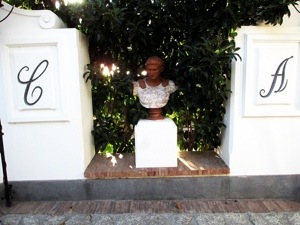 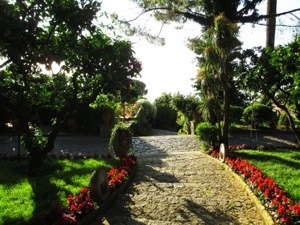 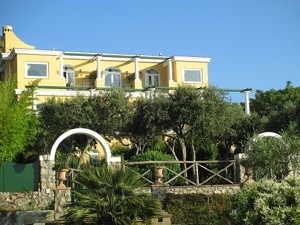 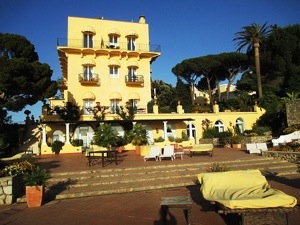 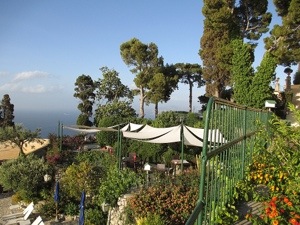 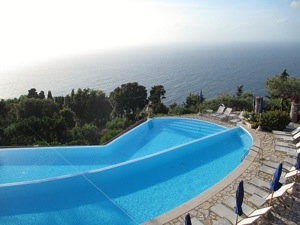 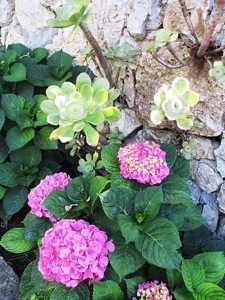 When I returned to my guesthouse that evening. I asked Franco about the hotel. I wish I could recount all his dialogue. Between each sentence, and often during, he would take a deep breath, look off, let out the air and shake his head. He worked at The Caesar for 47 years. “I know every tile-a” he says. “Paige, Paige….can you imagine what all I saw?”
I asked of all of the people who stayed there, who impressed him the most. Without hesitation he said, “The Loren.” Again, a couple of inhales and exhales with accompanying hand gestures. He told stories of how real she was and how she would tease the young men, like him, when they stared at her…….well at her. She would ask them, “You are staring at my breast?” He said they would reply, “No Donna Sophia! You are beautiful Donna Sophia!”
The conversation moved from Sophia Loren (he pointed out the town she is from across the bay, lights now twinkling) to cruise ships (we had to go up to the rooftop for a better view). Franco has never been on a cruise and cares not to go on one with more than a few hundred people. “God made us,” he began, “and he gave us brains.” pause “And I think” pause “He would like for us to use-a them some-a times-a.”
Then there was a discussion of how “calchium” was made from rock around here and how it was used as a cement, Tiberius’ villa and the tunnel to his grotto he would swim in, how the island is moving into the ocean, the recent “shaking” in Northern Italy and Tuscany (didn’t know that, did you?”). During his speeches, he would effortlessly change his language, German, Italian, English, French….depending who would walk by. I asked him how many languages he could speak, he simply shrugged his shoulders.
Question…why is it that most of us only speak “our” language? To do it over again, my children would take language classes from birth.
Like Franco, I have gotten off track….the walk continues a bit. The view a bit further past The Caesar was amazing. 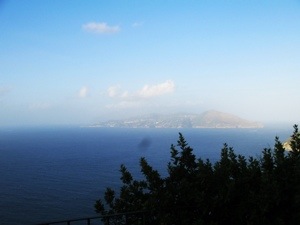 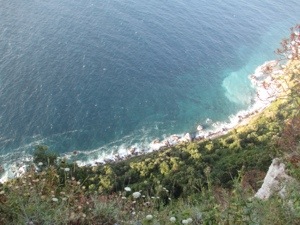 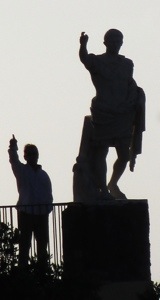 Looking back at the edge of The Caesar. Although I was far away and using my zoom….I captured this guy striking the pose…I wonder how many a day do just that? 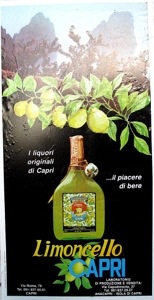 On the walk back, I was inspired by this poster. 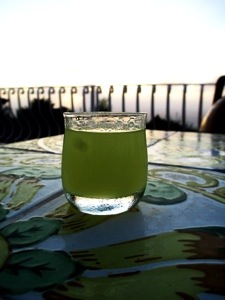 Of course Franco had some in the freezer, his grandson presented it to me on a tray (I love the way they do that!) as Franco declared, “So strong, So beautiful theesa limoncello!”