On the plane ride over, I considered that when I start a new notebook or sketchbook, I always skip the first couple of pages, leaving them pure and unmarked.  Then I tentatively begin on the 3rd or so page.  I think this says much about my personality. I’m not comfortable putting, what I fear will be my mistakes, out for the first thing people will see.

All that means I am a bit nervous to jump in and start a 3rd edition of this blog…but here we go.

Currently I am sitting in my too warm of an appartamento in Firenze.  I have my major travel day and my first night behind me.

For this 3rd sojourn, I decided to do some things differently.  I chose to fly out of Houston directly to Franfurt then to Firenze.  My thoughts were less stops, less planes, less issues.

As I said, I am in Firenze, so I have little to fuss about, but let’s reflect…shall we?

Boarding the plane through 1st class is such a great marketing strategy.  Struggling with your carry on though the fortunate already lounging with their feet on ottomans and as they sip their champagne out of glass puts one in their place for sure.  My place was an isle seat next to a young mother and her uncontrollable 3 year old.

For some reason, this young boy thought I (and everyone else on the flight) was there to serve him.  In his three year old mix of Arabic and English, he demanded his milk from me.  His mother laughed and put in her apology for his behavior on the remainder of the flight.  OK…most of you know me and can picture me calmly informing this young boy that I had paid for the flight just like he had and he would have to think of another method besides asking me or banging his tiny but effective feet against the wall.

This poor, young mother.  Not only was this her current (as well as future) lot, but she later shared to me that “Galveston beach is the most be-a-u-tiful beach I have EVER seen!”  There is SO MUCH I could teach her.

The plane was not equipped with phone charging jacks and the last thing the attendant mumbled as they prepared us for take off was, “I regret to inform you the wifi is not working on this flight”.   I know how I spoiled I sound, and it did not take me long to settled back into the 90’s but I was looking forward to accessing a course I am currently taking on my iPad.

Let’s fast forward shall we?  Frankfurt was no issue.  Plenty of time to walk to my other terminal and enjoy my bag of HEB brand Oyster crackers.  I am not going to waste my calaries on plane fare.

Flying into Tuscany brought a calming smile to my face and heart.  The beautiful green and ocher hills, the cypress trees standing at sentinel.  I had returned.  When I shared with my friend who will be meeting me in a week or so, that you can easily grab the bus from the airport, take it to Santa Maria Novella station and then walk to your appartamento, her response was, “Uh yeah…I won’t be doing that”.  I did with little issue.  What comfort it is to know your basic surroundings and be able to navigate(ish).

I arrived at the address given to me, called Giovanni and waited. 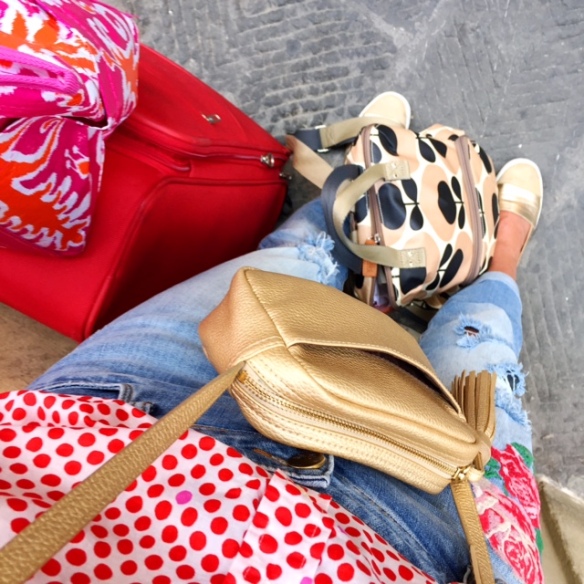 A street where I live… 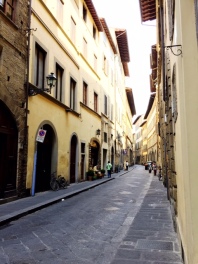